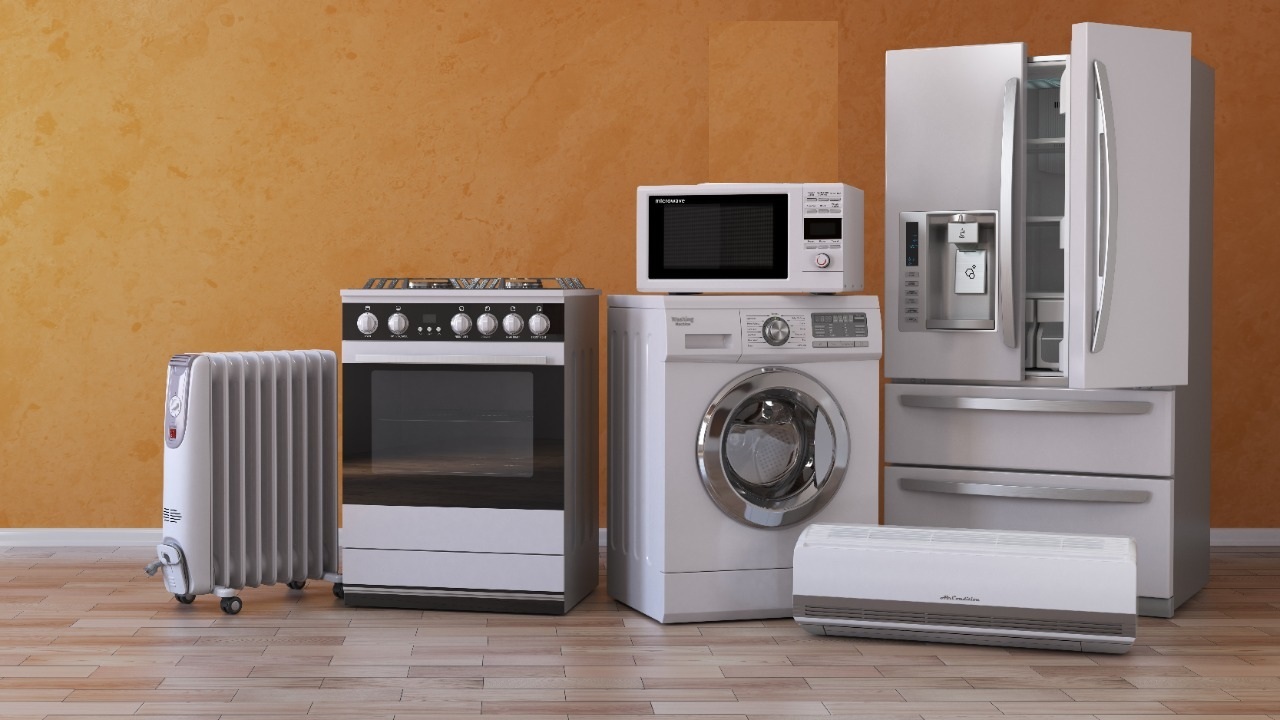 Allow us to bring our Solar Panel repair expertise and experience to deliver you exceptional services in the hour of need, i.e., when you need experts to help you with the technical glitches you encounter in your Solar Panel device.

PID Effect
PID or potential induced degradation is attributed to voltage fluctuations taking place between the voltage generated by the panel and earthing of the solar panel. This leads to a varying percentage of discharged voltage in the main power circuit. Experts in solar panel repair can rectify the issue at hand to prevent faster ageing of solar panels and stabilize their performance.
Loose Wiring
Unexpected power generation issues may emerge as a result of loose wires in the solar power system. These wires connect individual PV cells to the inverters and home solar batteries; the smallest of wiring fault may cause failed connections. Installers with experience in solar panel repairs and maintenance use meters and other wire performance checking tools to assess such problems and provide helpful solutions in good time.
Inner Module Damage
Internal damages to solar panels may be caused by faulty production or poor-quality selection of components. They result in snail trails, delamination, discolouration of solar connectors or cells, yellowing of the sheets placed at the back, browning of EVA films, PV cell staining, unwanted inclusions in the PV laminates, burning out of the back and/or front of the solar modules, etc.
Module Damages Caused by External Factors
Storm, hail, snow pressure, lightning and other related weather conditions can cause extensive damages to solar modules. External damages may also occur due to fire, animal bites, broken branches, icy conditions and excessive heat or cold. The presence of these factors leads to solar panel glass breakage, cell breakage, scratches on the frame of the module, micro-cracks, etc.
Way Forward
When the repair of solar panels becomes unavoidable, it’s important to differentiate between the tasks that can be performed on-site and those that have to be conducted at the repair centre. While the replacement of bypass diodes found in junction boxes, damaged solar plugs and cables, etc. can be carried out on the site of installation, bigger damages require specialized treatment.

Solar Panels for Your Home
When you invest in Solar panels for your home, you are investing in a technology that will pay for itself and continue to produce free, clean electricity at least four times longer than the pay-off time, about five years on average. Indeed, your panels will continue to produce electricity for as long as they exist under nominal maintenance. Most, however, if properly maintained, which isn't hard at all, will continue to produce near new capacity even after 25 year and could last as long as 40 years before they become a waste of space that would be better served with an updated panel.
Solar Panels For Your Business
If you're a small business owner, there are many uses for Solar panels including powering your business location using Solar energy. You can install a system on your roof, or adjacent to your building, and in a few years, when the system has paid for itself in accumulated electricity savings, it will continue to produce power for you at near new capacity for at least a couple of decades, but likely even longer. Whether grid-connected or off-grid, you may even be able to produce 100% of your electrical needs, resulting in no bill from the electric utility.

Passive Solar Technology in Agra Provides light and harnesses heat from the sun to warm our homes and businesses in winter.

Solar Water Heating in Agra Harnesses heat from the sun to provide hot water for homes and businesses.

Which is best on grid or off-grid Solar system? On-grid systems send excess power generated to the utility grid when you are overproducing. These are the most cost-effective and simplest systems to install. Off-grid systems allow you to store and save your Solar power in batteries for use when the power grid goes down. It is meant to be entirely self-sustaining.

Difference Between On Grid and Off Grid Solar System:

On-grid Solar Power System
An on-grid system implies that your Solar system is connected to your utility Home or company’s network. Between the off-grid and on-grid systems, the latter is more popular as the users are covered by their utility company even if their Solar systems under perform or malfunction. Further, if the user generates excess energy, it can be reverted to the grid-power company. In return, the user can build a credit that can be used to cash out at the end of the billing cycle (condition – *Subject to state net metering policy). This process is known as net metering. Being tied to the grid minimises upfront costs as the user does not have to purchase a costly battery back-up system for energy storage. However, the key drawback of an on-grid system is that it shuts down completely in case of a power failure. Therefore, an on-grid power system may not offer good outputs in areas that are prone to utility power failure.

Off-grid Solar Power System
As mentioned earlier, an off-grid Solar power system is not connected to the utility grid and uses an additional battery system. Usually, an off-grid system is designed to generate some excess electricity during the day which is transferred to the battery systems for storage. The energy stored in the batteries can then be used during the night or when it is cloudy. The users can opt for off grid Solar power systems as per their energy goals. Based on the energy estimates, Solar systems can be sized to generate enough energy to meet the user’s energy requirements around the clock. The key advantage of using off grid Solar panels is that the user is not dependent on grid energy, which means a power failure or an outage would not affect the user in any way. On the downside, an off grid Solar system is dependent on Solar radiation and prolonged cloudy weather can significantly impact the power outputs. Further, an additional battery system can escalate the upfront installation costs for the users.

On-grid or off-grid, both types of Solar power systems have their own set of advantages and disadvantages. What makes each one ideal is the user requirement and priorities.

Some of the major advantages that Solar energy offers are as follows:

Monocrystalline: Monocrystalline Solar panels are the most popular Solar panels used in rooftop Solar panel installations today. Monocrystalline silicon Solar cells are manufactured using something called the Czochralski method, in which a ‘seed’ crystal of silicon is placed into a molten vat of pure silicon at a high temperature.This process forms a single silicon crystal, called an ingot, that is sliced into thin silicon wafers which are then used in the Solar modules.Nowadays, there are several varieties of monocrystalline Solar panels on the market to choose from. Passivated Emitter and Rear Contact cells, more commonly referred to as PERC cells, are becoming an increasingly popular monocrystalline option. PERC cells go through a different manufacturing and assembly process that increases the amount of electricity the cells can produce.Bifacial Solar panels, another monocrystalline technology, can generate electricity on both the front and back side of a module, and are gaining traction in commercial ground-mounted applications.

Lowest cost: Thin film panels Thin film Solar panels have the lowest cost of the Solar panel types, largely because they are easier to install and require less equipment. However, they also have much lower performance abilities and require a substantial amount of space to generate enough electricity to power a home.Plus, thin film panels degrade much faster than other panel types, meaning they need to be replaced more often, which leads to more long-term recurring costs.

Most attractive: Thin film panels have a clean, all-black look. Their thin design allows them to lie flat against roofs, so they are able to blend in more seamlessly. In fact, with some thin film panels, it’s hard to even see the individual cells within the panel. They also tend to have less wiring and busbars, meaning there’s less white space.However, because they are so inefficient, you would need to cover your entire roof in thin film panels - which may or may not be your style.

Mid-tier appearance: Monocrystalline panels have a solid black appearance, making them pretty subtle on your roof. But, the way monocrystalline Solar cells are shaped causes there to be quite a bit of white space on the panel. Some manufacturers have worked around this with black packing or shaping the cells differently, but these aesthetic changes can impact both the price and performance of the panels.
Overall, monocrystalline panels still look sleek, but they’re a bit more pronounced than thin film panels.

Q.1-How do Solar panels work?
Solar panels are made out of photovoltaic cells that convert the sun’s energy into electricity.
Photovoltaic cells are sandwiched between layers of semi-conducting materials such as silicon. Each layer has different electronic properties that energise when hit by photons from sunlight, creating an electric field. This is known as the photoelectric effect – and it’s this that creates the current needed to produce electricity.
Solar panels generate a direct current of electricity. This is then passed through an inverter to convert it into an alternating current, which can be fed into the National Grid or used by the home or business the Solar panels are attached.
Q.2-What are some of the advantages of Solar power?
Solar panels can be installed in a wide range of places. From larger, countryside Solar farms that can support local biodiversity by providing an undisturbed habitat for bees, butterflies and nesting birds, to rooftop panels in city centres that can help combat fuel poverty.
Solar panels don’t create any noise pollution while generating electricity. This means that installations aren’t intrusive – whether they’re in crowded urban locations or quiet rural ones.
Solar panels are very safe. They're mostly made from silicon sheets, and there's no danger of the photovoltaic cells leaking or emitting any toxins or fumes.
Q.3-Do Solar panels work on cloudy days?
Solar panels react to the visible light spectrum. This means, if it’s light enough to see, there’s enough light for Solar panels to start generating electricity. But the stronger the sunlight, the more power Solar panels will generate.
Q.4-Does it need to be hot for Solar panels to work?
Solar panels produce more electricity in summer, which can make it seem like they need warmer weather to work. But this isn’t the case – it’s just that stronger sunlight and warmer temperatures often go hand in hand. In fact, if the temperature gets too hot (or too cold), Solar panels become less efficient.
Because we get over 8 hours of sunlight a day all year round and don’t often experience extreme temperatures, Agra is well suited to Solar power.